Becoming a SCUBA diver is more than learning how to breathe under water; you also have to understand the physics that explain why certain things occur while you are diving.

Starting with the basics:

Density: water is 1000 times denser than air, and while air’s density can vary- the density of water cannot.

Heat: Water has a high heat capacity ~4 times more than air. Water also has high thermal conductivity. Heat is conducted 22-24 times faster in water. This means, divers get colder quicker when in water. Wet and dry suits are different types of clothing worn by divers that can keep them warmer for longer. 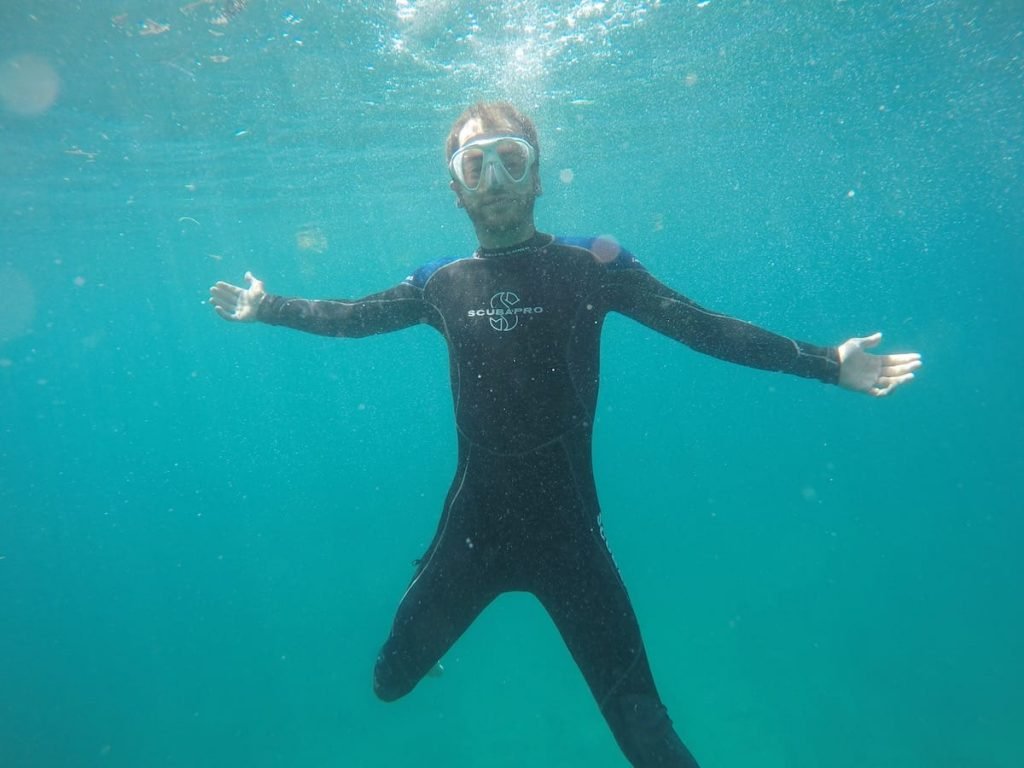 Sound: Sound travels differently through water than air. When something makes a sound above the water you generally can tell what direction it is coming from, whereas in water you cannot pinpoint a direction. This is due to the fact that sound travels four times faster in water than in air.

Compressibility: Air can be compressed. When divers fill their dive tanks, they will use air compressors to fill the tank to 3000 psi. Water, however, cannot be compressed. You cannot take two liters of water and fit it into any container smaller than a two-liter bottle.

Light: Ever stick a straw in a cup of water and look at it from the side? The straw appears to be bent. This is due to the refraction of light when it passes through water. 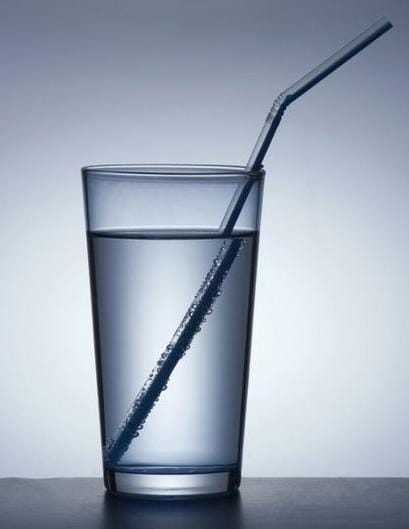 Objects also appear larger and closer when under water. It isn’t uncommon for new divers to reach for something in front of them (a rope for example) and completely miss grabbing it. This is because the rope appeared to be closer than it really was.

Light absorption in water is high compared to in air. The first color to disappear as you go deeper into the water is red; the following colors of the rainbow too would disappear when you go deep enough. This is why underwater cameras, for example, GoPro, often have a red filter so that the photographer can capture all of the colors of beautiful reefs and fishes while at depth. 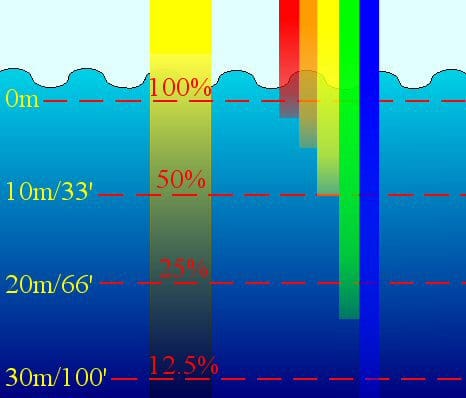 There are also some important principles to take into account when scuba diving. The first, Archimedes Principle, states that a body immersed in liquid is buoyed up by force equal to the weight of displaced water. As a diver you have to be able to accomplish neutral buoyancy when diving. Neutral buoyancy means that you are neither sinking nor rising within the water column. 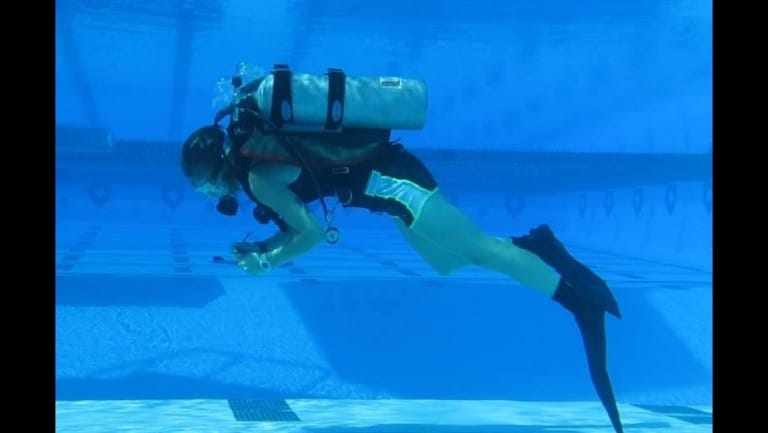 Divers first need to use some weight when diving, especially when wearing a highly buoyant wet suit. The excess weight helps displace the water that surrounds the diver. The next important piece of equipment is called the Buoyancy Compensating Device (BCD). This is the vest that divers wear; it contains an air bladder that can be filled with the air from the divers scuba tank. The BCD helps the diver become neutrally buoyant by adding the correct amount of air to almost counter the weight worn by the diver-it should look like the diver is hovering within the water.

Another important principle is Boyles Law-volume varies inversely with pressure, with the greatest relative change in volume occurring near the surface. 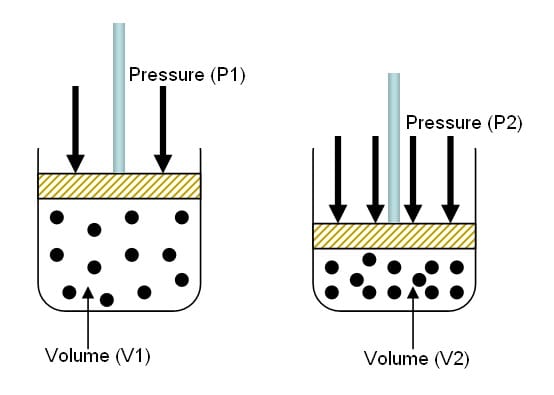 Simply put-as a diver goes deeper into the water, the pressure on everything becomes greater. The volume of air in the dive tanks is getting smaller while the pressure rises. Remember from the basics that you can compress air. This also means that the air in the divers lungs also becomes compressed when at depth. When the diver surfaces- one of the most important rules is to be continuously breathing. Never hold your breath when ascending. This is due to the air in the lungs will start to expand because there is less pressure of the water exerted on the body. Holding your breath can cause catastrophic injury to divers lungs.

Charles Law, which states; at constant volume, pressure varies directly with temperature. When divers need to fill their air tanks, they must do so slowly. This is because as the tank fills, all of the air molecules are being jam packed into a rigid area. 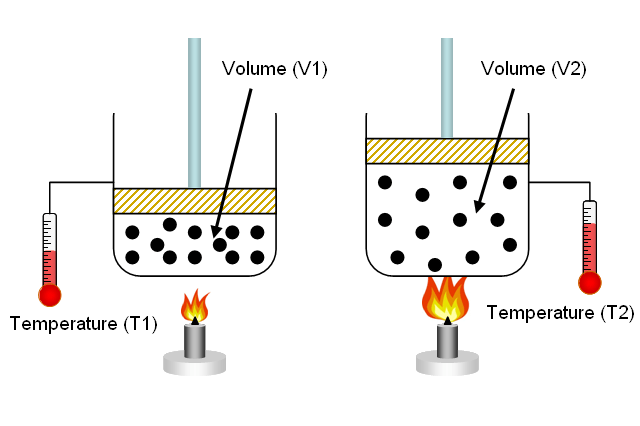 Those molecules will start bumping into one another as the pressure builds- creating heat. A newly filled tank will feel warm and if filled too quickly will show a higher pressure than what is actually in the tank. Given time to cool, the tank will read at a lower psi.

Dalton’s law of partial pressures is our next physics lesson-especially for divers who are diving on NITROX. NITROX is a mixture of gases that allows divers to stay at depth longer due to its enrichment of oxygen. The law states that the total pressure exerted by a mixture of gases is equal to the sum of the pressures that would be exerted by each gas if it alone were present and occupied the total volume.

Even though a gas mixture is made up of several different constituents, each gas will demonstrate its own behavior. This is important for divers to understand because they must be aware of oxygen toxicity (yes, you can have too much oxygen if you go too deep on enriched air) and Nitrogen Narcosis which occurs at depths around 100 feet and deeper and makes the diver sluggish and even drowsy and can have an effect on good decision making.

The final law divers should be aware of is Henry’s Law. The solubility of gases: the amount of gas that will dissolve into a liquid is a function of the partial pressure of the gas over the liquid. With great depth comes greater partial pressure. More gas dissolves in cold water. This law is important to divers because as they go deeper in the water their body will absorb nitrogen gas into their tissues. When the divers want to return to the surface they must do so at a controlled slow rate so that the nitrogen they absorbed at depth is effectively off-gased. Divers should be aware that at greater depth they would have high absorption rates of gases. 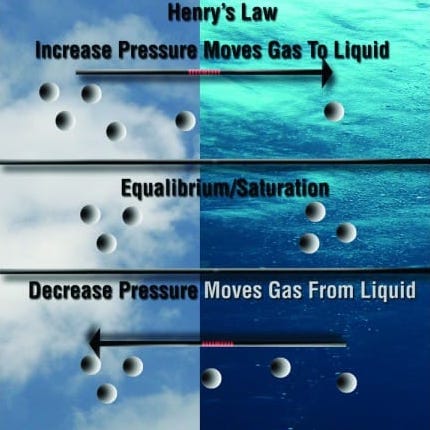 Although these laws may be a lot to take in, they are all very important to all SCUBA divers. The laws help divers remain safe when adventuring in the world underwater.

The Secret Lives of Sea Stars

Where is their mouth? How do they move? Why does the animal care team call them sea stars and not… END_OF_DOCUMENT_TOKEN_TO_BE_REPLACED

Founded in 2006 by Denise and Dr. Gary Riggs, Ohio-based Wild4Ever is an entirely volunteer 501(c)(3) nonprofit dedicated to the… END_OF_DOCUMENT_TOKEN_TO_BE_REPLACED

How & Why Do the Stingrays Paint?

The Greater Cleveland Aquarium has some unusual artists-in-residence . . . stingrays! Aquarist Laura B. shows you how the cownose… END_OF_DOCUMENT_TOKEN_TO_BE_REPLACED