Did you know that the Florida Museum of Natural History documents all known shark attacks? They started the ISAF (International Shark Attack File) back in 1958. If we use the data collected to average fatalities from sharks over the last 60 years, the number is only 7 per year worldwide. If you put that into odds, it is 1 in 3,700,000. Now let’s compare that with the odds of dying from the flu, which is 1 in 63.

Turns out there are lot of things more dangerous than sharks, but we don’t seem to be afraid of them. So let’s take a look at what SHOULD scare us more than sharks.

How about bugs? Those annoying mosquitos are responsible for 800,000 deaths a year. Fire ants account for another 50 people and bees will kill 100 people in the U.S. alone. Those are large numbers for being such small animals. 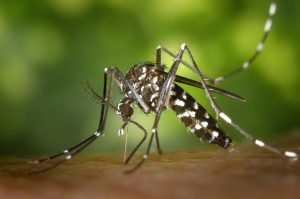 There are plenty of other animals more dangerous to humans than sharks. Take, for example, the noble steed. Yup, horses kill about 20 people in the U.S. per year. Then there’s the loyal dog. (What can be better than a lick in the face from our beloved friend?) Turns out, dogs are responsible for 25,000 human deaths annually worldwide. And how about Bambi? Such a cute little creature, but deer are the reason 130 people die each year in the U.S. It seems cars and deer do not like each other very much.

So let’s focus on the automobile. There are more than 1.2 million traffic-related deaths every year. Traffic lights will be part of that with 2,000 deaths in the U.S. alone. People just ignore those lights but that could be because we’re all wrapped up in our online worlds. Cell phones should be far more feared than our finned-friends since 6,000 deaths in the U.S. are attributed to texting and driving. 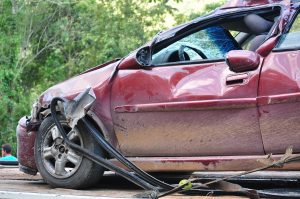 Now that you have considered how dangerous the roads can be, perhaps you will decide to start walking more. Be forewarned—almost 6,000 people die every year from trips and falls. And if that (or any of these statistics) make you want to never leave your home, just remember that on average 450 people in the U.S. die from falling out of that bed, 26 people are crushed by sofas, and 30 folks are done in by falling televisions.

Hey, get outside already, go cut the lawn it is excessively high, but then you may be thinking about the 75 people in the U.S. that die from lawnmower accidents or the 24,000 people that die from lightning strikes every year. (Are those clouds over there?) Oh well, all this is making me hungry. Let us go wash up and go have some dinner, but watch out for the hot water. In the U.S., scalding tap water will kill 100 people this year. And oh, by the way, food—the very thing that keeps us alive—holds potential dangers. The World Health Organization estimates that about 420,000 people die yearly from contaminated food. (Five thousand of those are from contaminated raw meat within the U.S. alone.) Another 3,000 people a year die from choking and the National Institutes of Health has calculated that obesity is killing almost 300,000 people a year. And if you eat out often, take care when you sign your restaurant check because believe it or not, ballpoint pen caps are responsible for taking out 100 people per year. 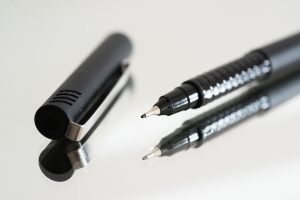 So now that you are totally stressed out by these statistics, take a walk on the beach and try not to trip. However, watch out for the falling coconuts since they will add 150 people a year to that list of fatalities.

Let us celebrate being alive and safe from those sharks, but watch the champagne corks during that celebration so you do not add to the approximate 25 people per year that are killed by those projectiles!